I was recently shown a new innovation in coffee preparation – a way to chill 200°F coffee down to 45°F without dilution or an extended chill-time in a refrigerator. In essence, it uses the method of a still to cool down steaming hot liquid via chilled, coiled copper. Because this contraption is selling for $180+, and because of how easy this sounded to build, I gave it a try. Unfortunately, I did not take pictures during the build process, except for a picture of the outcome, so you’ll probably have to re-read some of this a couple times. You may even find it easier, after reading, to swap out my ideas with your own. You’ll need: a narrow 2-qt jar, preferably at least 4″ wide some sort cylindrical-like object that is 0.5″ shorter in width than your jar a rubber grommet (Outer Diameter: 7/16″, Inner Diameter: 3/16″) 10 feet of 1/4″ copper coil a drill with 3/8″ and 5″16″ drill bits Since I borrowed a drill and didn’t need to buy bits, this only cost me $20. I used a Mainstays jar from W
Post a Comment
Read more

October 13, 2014
As I begin writing this, I am gauging if I’m really in the right frame of mind to write a paragraph or two of nonsense; and so far, I think I might be feeling the certain juices necessary to blog on this. Take me lightly, since I am writing for fun. So, concerning espresso, which is it – light or dark roast?   Ask me for the whole truth and nothing but, and I shall give it: I’ve been battling with myself recently. Every time I take a sweet sip of velvety smooth, warm milk blended to complete perfection with the pinnacle of our culinary world, which we discovered just centuries ago: I am concerned. Do I prefer the rich, caramelized, roasted taste of an Italian espresso or the gently beautiful aromas and flavors of a light roast, with all of its own character to be divided and named individually anew every morning and night? I have mentioned character. Let me wander there. Both have character – and good ones at that. If compared to trees, the first is like an oak, the other a dogwood –
Post a Comment
Read more 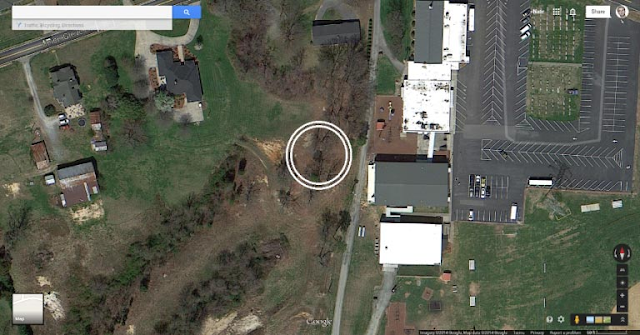 A couple days ago, I came across a series of scary/creepy videos – I’m sure all of which were faked. Nonetheless, it reminded me of two of my own creepy experiences, which I thought I could write about. I have a predisposition as to what was actually happening when I encountered the things I’m going to tell you about. You can put 2 & 2 together to figure out what I’m getting at, but I will not humor the things which I believe caused it. Hebrews 13:2 states that some entertain angels. Let’s be careful to not entertain all of them. About ten years ago, slightly less, I was finishing up a high-school semester and taking the exams to do so. At the time, I was close friends with a guy named TJ, and at the time of exam-week, he and I were hanging out with another guy named Jamal. There was absolutely nothing irregular going on that week – just a bunch of high-schoolers trying to get out ASAP. However, for that week, TJ was stuck at school from noon to three, waiting on his ride. I lived
Post a Comment
Read more

October 01, 2012
Satan’s goal is to mimic Christianity closely, but only close enough to miss the mark and lead everyone away from the actual saving knowledge of the justifying work of Jesus Christ. It seems now, in this culture, that Satan’s tactic will work out in his favor more than ever before. Why? Because this culture has been so saturated by selfish, wicked, anti-God ideology, that anything better than human trafficking looks like perfection to us. Our culture is currently driven by comical media, unintelligent humor, exaggeration, sarcasm and shallow relationships. I am influenced by all of these. We talk to each other out of insecurity. We base our choices off of distrust. We hide who we really are. And we live hypocritically because we’re too driven by self-image to live honestly. I’m sick of my culture. And I’m fed up with my generation of short-sighted people who only seek what they think is best for themselves, not realizing the doom they’re ignorantly and foolishly sowing towards. I’m tir
1 comment
Read more

Amuse Yourself to Death

July 30, 2012
“But in Huxley’s vision, no Big Brother is required to deprive people of their autonomy, maturity and history. As he saw it, people will come to love their oppression, to adore the technologies that undo their capacities to think.”¹    -Neil Postman, 1984. If you’re reading this, you were probably drawn by a title that interested you, or, ironically, amused you. Unfortunately, I am not writing to amuse but to inform. I am not a blogger; I am a thinker [who has a blog]. And the rest of what I have to say is, by its counter-cultural nature, offensive. If you are offended, take notice: you are probably at fault. I am a young adult, born at the end of the 80’s. I am quite aware of my generation and my culture, but somehow, thankfully, I have grown up somewhat disconnected from it. I am no genius, and I do not claim to be any more of an intellectual than the people I am writing about. I guess I just got caught up in a different realm while the majority of my age-group was getting swept off
Post a Comment
Read more

June 08, 2012
This entry is going to be about coffee. I realize the title is probably a bit overkill for something that seems so general, but I wanted to catch your attention. It's about time I write something on coffee. Coffee may be a shallow thing to write on, in light of what could be written. However, in writing that, I'm reminded that I'm posting it on my blog, so I don't need to worry that very many people will waste their time reading this. I don't really have credentials to prove that I actually know as much as I do, and I'm not going to research books for quotes in order to prove my points. This entry is on somewhat of a "take it or leave it" basis, but I've tried only to write of what I know to be accurate. I am writing this because of how often someone will bring up coffee around me, and then   there has been people who have said, "Nate knows everything about coffee." Obviously, that's not true. We all will find that there are deeper le
Post a Comment
Read more

April 26, 2012
Several days ago, I was sitting in 2 Corinthians class at NTBI, listening to my teacher explain the numerous sufferings that Paul endured. In 2 Corinthians 11:23-27, Paul wrote, “Are they servants of Christ?—I speak as if insane—I more so; in far more labors, in far more imprisonments, beaten times without number, often in danger of death. Five times I received from the Jews thirty-nine lashes. Three times I was beaten with rods, once I was stoned, three times I was shipwrecked, a night and a day I have spent in the deep. I have been on frequent journeys, in dangers from rivers, dangers from robbers, dangers from my countrymen, dangers from the Gentiles, dangers in the city, dangers in the wilderness, dangers on the sea, dangers among false brethren; I have been in labor and hardship, through many sleepless nights, in hunger and thirst, often without food, in cold and exposure.” As he was expounding on the text, he brought this passage into application by asking us if we had ever had a
Post a Comment
Read more
More posts